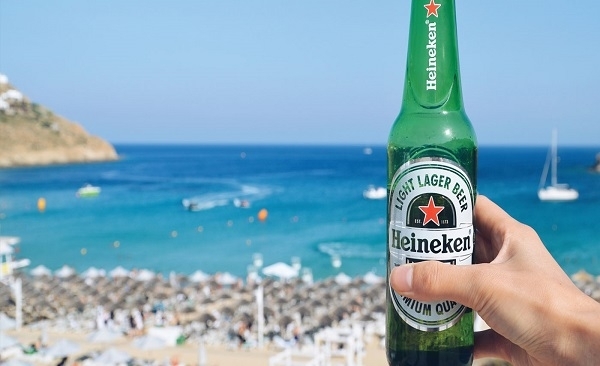 Beer with a flavor of Greece

"With 900 employees, 4,350 suppliers and 28,000 job positions, Athenian Brewery is the largest company in beer production and its trade in Greece".

Greek summer without a cold beer at the water’s edge literally does not exist. There is something about its chill that "quenches your thirst", its super combination with the flavors and summer appetizers, the symbolism of its clinching sound that has been uniting groups of friends since the beginning of time... Beer may not have seasons, but it certainly becomes the heart of the summer.

The number of breweries in the country has skyrocketed in recent years. From 13 breweries in 2009, we have now surpassed 60. With 900 employees, 4,350 suppliers and 28,000 job positions, Athenian Brewery is the largest company in beer production and its trade in Greece. Founded in 1963 by a group of Greek entrepreneurs, today it is a member of the Heineken NV Group, producing the leading beers Amstel, Amstel Pils, Amstel Dark, Amstel Radler, Amstel Free, Heineken, Heineken LIGHT, ALFA, ALFA Strong, ALFA Weiss, ALFA without alcohol, Fischer, BIOS 5, Buckler, and MAMOS. Beers made in Greece, from 100% Greek barley, Greek raw materials and by Greek hands.

The way a large multinational corporation manages to generate over 1 billion wealth annually for Greece is that from the beer lid to the top of the administrative pyramid everything comes from Greece. Specifically, the bottles are manufactured by Glassworks Yioula, the small family business that has become the largest in the Balkan area attracting foreign investors, the crown corks are manufactured by Astir Vitogiannis, the cans by Crown Hellas Can and the labels by Antopack Antoniou. And of course beer itself is produced from 100% Greek barley from 2,500 contracted farmers, who for the company's needs cultivate a total area of 170,000 acres.

Thus, in every bottle, in every box, everything is Greek. From the taste of beer to the label, made with tradition, care and love for our place.

Nevertheless, its beers do not only remain within borders. They travel the world as they are exported to more than 19 countries and five continents, making Athenian Brewery the largest beer exporter in our country. By producing in Greece for the world, Athenian Brewery gives way and promotes the productive activity of our country.

Therefore, each glass of beer is not only a refreshing break or a nice accompaniment to the food of the day or night. It is a glass with Greek flavor that transcends borders, breaks stereotypes and creates value for the country, while offering moments of relaxation and enjoyment.